You are here: Home / San Diego

San Diego County comprises the San Diego-Carlsbad, CA Metropolitan Statistical Area. It is also part of the San Diego–Tijuana metropolitan area, the largest metropolitan area shared between the United States and Mexico. San Diego County has 70 miles of coastline. The county has over 4,200 square miles of land area. Most of the county has a mild Mediterranean climate to semiarid climate, though there are mountains that receive frost and snow in the wintertime.

Arising from an effort by the state government to identify regional economies, San Diego County and Imperial County are part of the Southern Border Region, one of nine such regions. As a regional economy, the Southern Border Region is the smallest but most economically diverse region in the state. However, the two counties maintain weak relations and have little in common aside from their common border.

From north to south, San Diego County extends from the southern borders of Orange County and Riverside County to the Mexico–United States border and Baja California. From west to east, San Diego County stretches from the Pacific Ocean to its boundary with Imperial County. 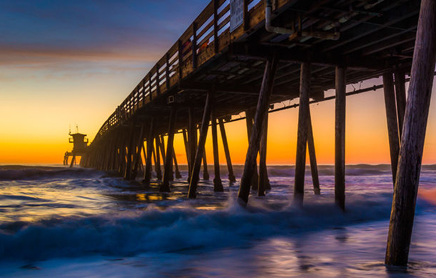