Clark County is located in southern Nevada. As of the 2010 census, the population was 1,951,269, with an estimated population of 2,000,759 in 2012. It is by far the most populous county in the state of Nevada, accounting for nearly three-quarters of its residents. Las Vegas, Nevada’s most populous city has been the county seat since the county was established.

The county was formed by the Nevada Legislature by splitting off a portion of Lincoln County on February 5, 1909, and came into existence on July 1, 1909. The Las Vegas Valley, a 600 square miles basin, includes Las Vegas as well as the other primary population center, the unincorporated community of Paradise.

The county was named for William Andrews Clark, a Montana copper magnate and U.S. Senator. Clark was largely responsible for the construction of the Los Angeles and Salt Lake Railroad through the area, a factor heavily contributing to the region’s early development.

Clark County is today known as a major tourist destination, with 150,000 hotel rooms. The Las Vegas Strip, home to most of the hotel-casinos known to many around the world, is located not within the City of Las Vegas, but in unincorporated Paradise.

Clark County is coextensive with the Las Vegas–Paradise, NV Metropolitan Statistical Area, a metropolitan statistical area designated by the Office of Management and Budget and used by the United States Census Bureau and other agencies for statistical purposes. 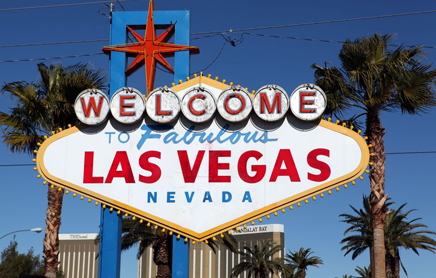